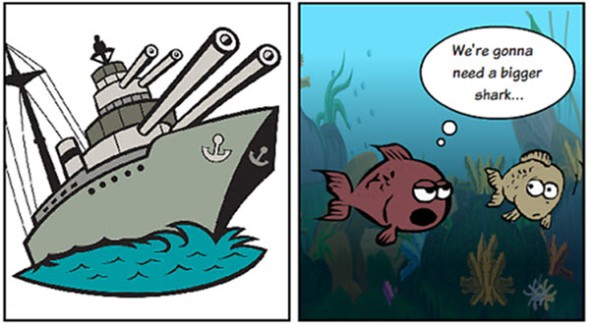 Having lived in Brussels for ten years and flown in and out of Zaventem airport on average twice a month during that time, I cannot let today go by without posting about the deadly bombings inflicted this morning in places that are still very familiar to me.

I had been intending this coming Easter holiday weekend to share my thoughts on a movie I have recently watched, the popular Bollywood comedy ‘PK’, which lightheartedly (for the most part) examines and questions various world religions, among them Christianity, Islam and Hinduism. But I feel no longer able to do that. There is nothing lighthearted to be said about religion.

Is there snow on Mars?

Good morning. As it’s snowing hard at 600 metres (2000 feet) here in Switzerland and I can’t even see Lake Geneva from the window anymore, I’ve decided to stay home by a nice warm log fire and write. I’d been planning to ski this weekend but the weather forecast is pretty bad and a quick check of the resort webcams has shown me what I feared; visibility is poor, almost a whiteout, and venturing onto the slopes will be hazardous.

So I’ll stay home instead and write a review I’ve been meaning to do for some time, a review of a movie I saw recently, ‘The Martian’, by one of my favorite directors, Sir Ridley Scott, based on the best-selling book by Andy Weir.

And what a refreshing experience it was to watch this movie. Why refreshing? For several reasons.

First off, ‘The Martian’ is one of the rare movies I’ve watched/studied recently that has no villain. At least no human villain. Nor an alien villain. If there’s a villain at all, it’s Nature, the human-hostile environment of the dusty wastes of Mars, the vastness of the solar system and the universe outside it, the emptiness. In stranded astronaut Mark Watney’s unenviable situation, Time itself has become a villain. We watch it flow inexorably past, every day (or Sol as they call it in the movie) Watney counts off a reminder of Alfred Hitchcock’s famous ticking bomb. Will Mark run out of the potatoes that are his only remaining food supply before NASA’s desperate rescue attempt reaches him? Will he succumb to radiation sickness? Will his water-making experiments with explosive hydrogen envelope him in a ball of fire? Will he lose concentration and forget one time to put on his helmet before he enters the airlock? Author Andy Weir has shown us it’s possible to create a story without human villains. There’s no Dick Dastardly attempting to sabotage the rescue, no wicked Queen out for revenge because Matt Damon is better looking than her. Features that most movies (and stories) in the 21st century appear to need. A story that’s successful without bringing human conflict into the mix is a precious gem indeed.

Secondly, one of the main themes of ‘The Martian’ is hope. Nobody gives up. Nobody. Not Mark, not the people who left him behind, not the NASA scientists and leadership, not the potatoes (who have a tough time growing in Martian soil, I can assure you).

Thirdly, it’s clearly demonstrated in Andy Weir’s masterpiece that cooperation between people on our little planet Earth works. The spaceship crew is multinational, the community of scientists racing to find a solution is multinational (check out the character names: Vincent Kapoor, Mindy Park, Guo Ming (Ming the Merciless, anyone? Uh-uh), Sean Bean etc etc). Everyone works together and the result is a resounding triumph. Hey world, could we try that ourselves please? Soon?

And fourthly, ‘The Martian’ is funny. Mark Watney keeps his sense of humor all the way through, even on the numerous occasions when he’s staring Death in the face.

So there you have them, four excellent reasons why we (and our children) should watch ‘The Martian’ right now. In fact, I think I will.

ps This is in fact one of the few movies/tv shows starring Sean Bean in which he doesn’t die.

Here’s a link to the selection of the music I was listening to whilst writing ‘Fifty Percent Vampire’. Have fun spotting the themes.

Play it again, ladies and gents!

I’m addicted to cinema. I’m reluctant to tell you how many movies I own, but the number is in excess of two hundred and increasing. Three of my latest treasures are anime movies directed by Japanese master storyteller Satoshi Kon: in order of release date ‘Perfect Blue’, ‘Tokyo Godfathers’ and ‘Paprika’. I recently discovered several interesting reviews of Mr Kon’s work, whilst browsing on YouTube, as is my habit most weekends. The reviews piqued my interest as it appears that Satoshi Kon and I share some ideas, traits and themes in our respective works. I wouldn’t say I’d been directly influenced by Mr. Kon, as I’d  written and published ‘Fifty Percent Vampire’ long before the maestro blipped up on my radar, but it seems he influenced Christopher Nolan, one of the movie directors whose work I most definitely acknowledge.

Sadly, Satoshi Kon is no longer with us, having died of cancer in 2010, but his inventive movies live on, cinematic masterpieces in which he blurs reality with dreams, warps space and time, and creates marvelous fantasy and sometimes nightmare worlds for his multiple-persona characters to jump between.

Battleship Pretension – THE movie podcast for me

Battleship Pretension is my go-to audio podcast for anything movie related. Over the many years I’ve been listening to their show I feel I’ve gotten to know hosts David Bax and Tyler Smith very well, and when I’m on a long train or bus journey home and I’ve completed my writing target for the day, it’s very often that I turn to these two very entertaining and knowledgeable gentlemen (and their frequent guests), to find out what’s happening in movieland, brush up on my dramatic techniques, and undoubtedly get a recommendation or two for something new to watch. David and Tyler cover current releases and classics, Hollywood, indies and foreign, spotlighting directors and genres, all in their own laidback, free-flowing style. I strongly recommend you check these awesome guys out!

This morning the Swiss media’s focus is on the death, Sunday, of ‘World’s Best Chef’ Benoit Violier, who was found shot at his home. In the newspaper I read whilst enjoying my morning coffee, eight pages are devoted to the Frenchman, who ran the Restaurant de l’Hotel de Ville in Crissier near Lausanne, where the quick lunch menu will set you back almost 200 U.S. dollars. The restaurant has decided to carry on without their deceased leader. “It’s what he would have wanted,” said one of the management.

In other Swiss news, peace talks are again underway in Geneva to try to end the civil war in Syria, and end the suffering of millions of civilians in besieged and starving towns such as Madaya.